Frontdesk welcomes you to Minneapolis, Minnesota! Minneapolis makes up one half of the “Twin Cities,” with neighboring city St. Paul. Its other nicknames include The Mini Apple, Mill City, and City of Lakes. Minneapolis is most well known for the Mall of America and its connection to the musician Prince, but the city has much more to offer visitors. Keep reading to learn more about what to do, where to eat, and how to get around Minneapolis.

Things to do in Minneapolis

There are many activities and cultural attractions to see in Minneapolis. Whether you’re in town for a short time or a long time, traveling for business or pleasure, there is a wide variety of things to enjoy. 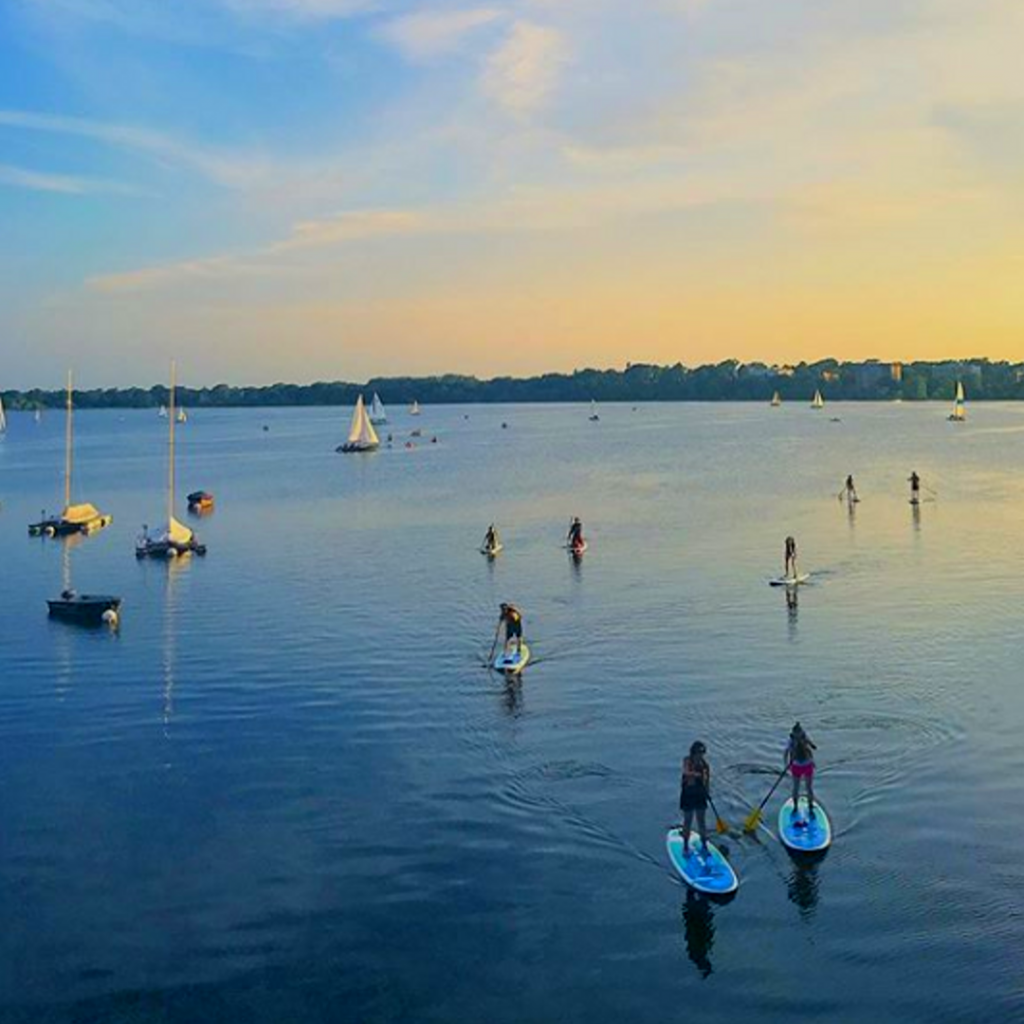 Minneapolis has 197 parks and the city boasts that the farthest you have to walk in any direction before you find one is 6 blocks. The largest of these is Theodore Wirth Regional Park, where you can enjoy biking, cross-country skiing, disc golf, or swimming, depending on the season. Minneapolis is also a city of many lakes – 22 to be exact. The main attraction is the Chain of Lakes, a string of 5 lakes where you can canoe, kayak, ice surf, and more.

Minneapolis has some world-class museums and there are lots of options for art lovers to enjoy! We recommend checking out the Walker Art Center, which features contemporary visual arts and design exhibitions, plus its nearby Minneapolis Sculpture Garden with the famous “Spoonbridge and Cherry” sculpture. There is also the Minneapolis Institute of Art, which has more than 90,000 works of art representing 5,000 years of world history. 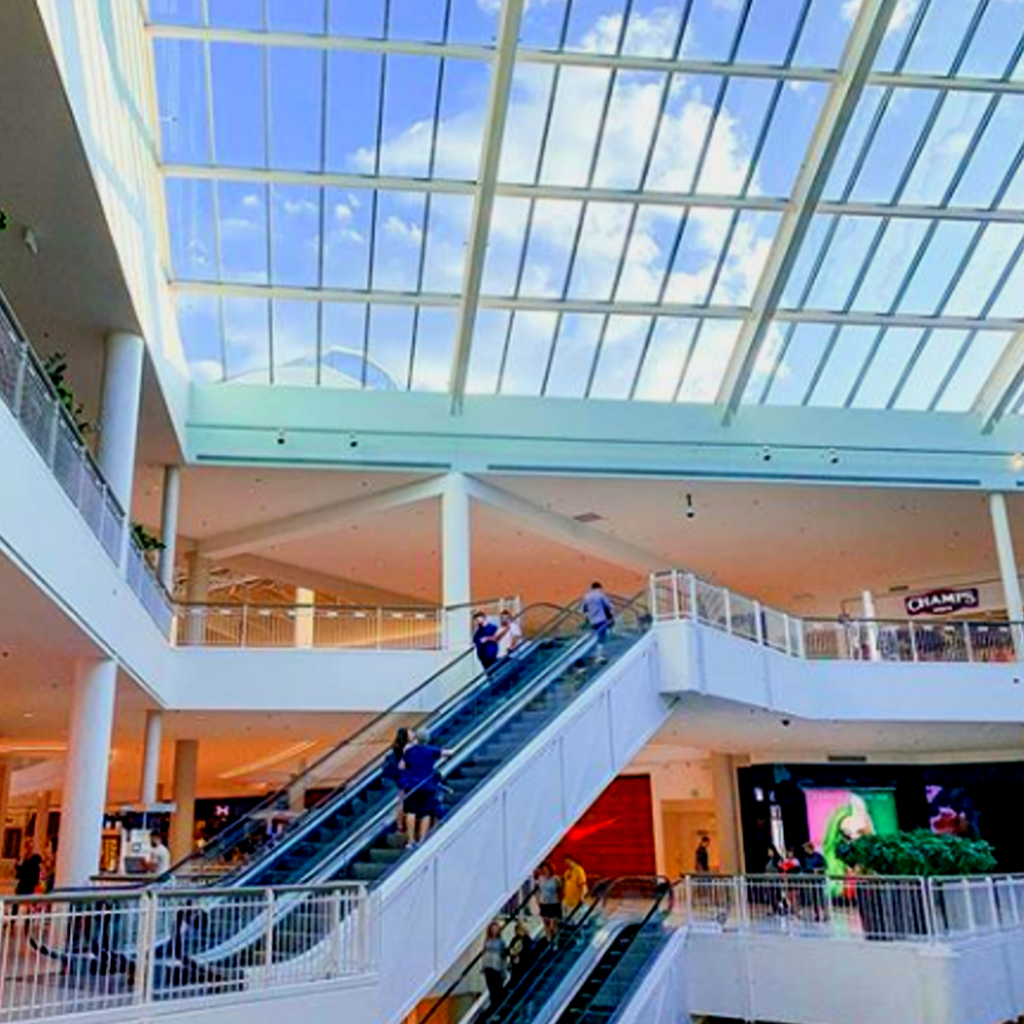 Located 15 minutes south of downtown, the Mall of America is the largest shopping center in the United States and also one of the top tourist attractions. The MOA has more than 520 stores, 60 restaurants, plus other entertainment like a comedy club and mini golf. And, there is no sales tax!

Downtown
Downtown is split in two – Downtown East and Downtown West. Downtown West is the area that most Minneapolitans think of as the true “downtown.” Here you’ll find skyscrapers, three historic theaters, and Nicollet Mall, which a pedestrian-only street known for its shopping.

North Loop
North Loop, or the Warehouse District, is located on the western fringes of downtown. The neighborhood is hip and vibrant, with old warehouses converted into trendy boutiques and restaurants. North Loop is also home to the Minnesota Twins’ ballpark and Marvel Bar, which we mentioned earlier.

Uptown
Don’t be confused by the name – Uptown is actually located southeast of downtown. Uptown is another trendy neighborhood with a large nightlife scene, festivals, and the Uptown Theatre which shows indie and foreign films.

Dinkytown
Dinkytown, located on the edge of the University of Minnesota campus, is primarily populated by college students. The neighborhood boasts coffee shops, sports bars, quirky music venues, and is also home to Surly Brewing Co.

Linden Hills
Linden Hills, located farther southeast of Uptown, is bordered by two lakes of the Chain of Lakes – Bde Maka Ska and Lake Harriet. Head to this neighborhood for your share of outdoor activities like biking, kayaking, paddle boats, and (in the winter) snowshoeing.

Best Restaurants and Bars in Minneapolis

Lunch
You can’t leave Minneapolis without trying an infamous “Juicy Lucy” (or “Jucy Lucy”), which is a burger with melted cheese inside the meat instead of on top. Two Minneapolis restaurants both claim to be the inventor of the burger – Matt’s Bar and the 5-8 Club, both located in South Minneapolis. Try one, or both, and determine for yourself who makes the better burger!

Dinner
Grilled steak and wood-fired pizza in one establishment? Yes, please. Burch Steak & Pizza Bar in Lowry East Hill is a steakhouse first and foremost, but also has a wood-fired oven in the basement for their pizzas – plus they serve up delicious desserts. This restaurant is the perfect spot for a romantic date night.

Bars
When it comes to alcohol, Minneapolis is largely a brewery city. The craft scene is booming, with new breweries popping up constantly. One staple is Surly Brewing Co., a 50,000 square foot complex that serves up 24 Surly beers on tap, plus offers brewery tours. If beer isn’t your thing, we recommend heading to Marvel Bar downtown for a classic cocktail. In true speakeasy fashion, the bar is unmarked – just look for the purple door! 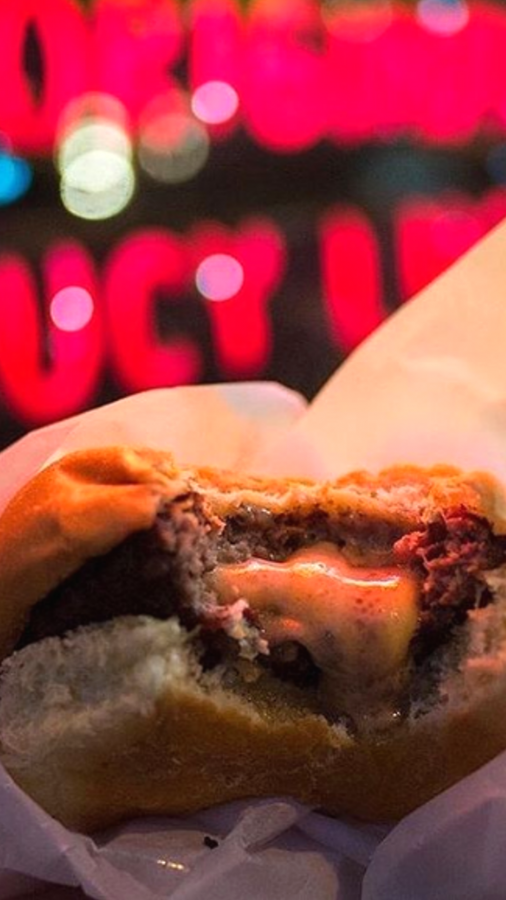 When was Minneapolis established?
Minneapolis was first authorized as a town in 1856 and then incorporated as a city in 1867.
Where did the name come from?
The name combines a Native American word for water with polis, the Greek word for city, to mean “city of water” or “city of lakes.”
Why is Minneapolis nicknamed The Mini Apple?

The nickname comes from the city’s name (Mini – Minne, Apple – apolis). It is also a reference the The Big Apple, New York City, because Minneapolis similarly has an abundance of museums and entertainment options.

What is Minneapolis’ connection to Prince?

The musician Prince was born in Minneapolis and lived there most of his life. Prince also filmed and recorded some of his songs at the First Avenue, helping turn it into an iconic nightclub.

What is the weather like in Minneapolis?
Minneapolis has long, warm summers and long, cold winters with a short spring and fall. Definitely pack layers and appropriate footwear, particularly if traveling in the cooler months – Minne”snow”ta winters are notoriously frigid and snowy.